1923: Alfred Inden, Factory Director of Vereinigte Stahlwerke AG in Düsseldorf, acquires an almost 40,000 sqm forest property from the Catholic parish of Olef and erects a massive hunting lodge on Wackerberg. At the end of the 1920s, Inden sells the property to a friendly Düsseldorf entrepreneur.

1933: The hunting lodge burns down. The county of Schleiden buys the land and rebuilds the house - possibly with regard to further use for Nazi organizations. As a result, girls who have to spend, after leaving school, one social year for the country ("Arbeitmaiden") will be accommodated in House Wackerberg. 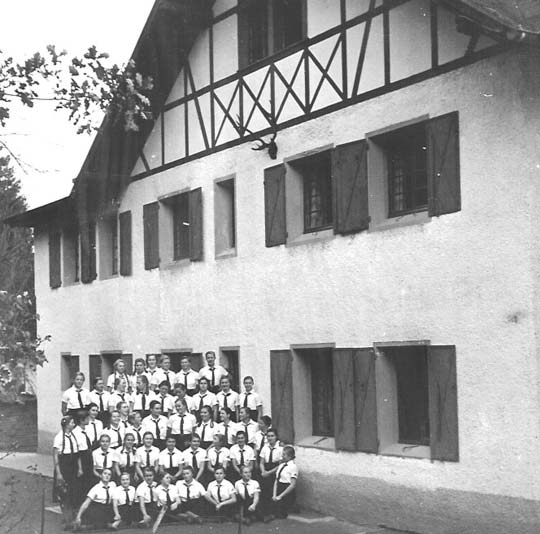 August 1943: Not far from the house, an American B17 bomber, also known as a "flying fortress", crashes on Wackerberg. The plane is on its way back from an attack on Regensburg. The 10-man crew, including the soldier Clifford Havercamp, can jump at an altitude of 4,000 to 5,000 metres. There are still photos showing parts of rubble. Within a radius of a few hundred meters, however, it is not clear where the remains of the machine can be found.

March 1945: After Schleiden's capture by US troops, the frontline runs across the Wackerberg. The house is badly damaged in the fierce fighting. 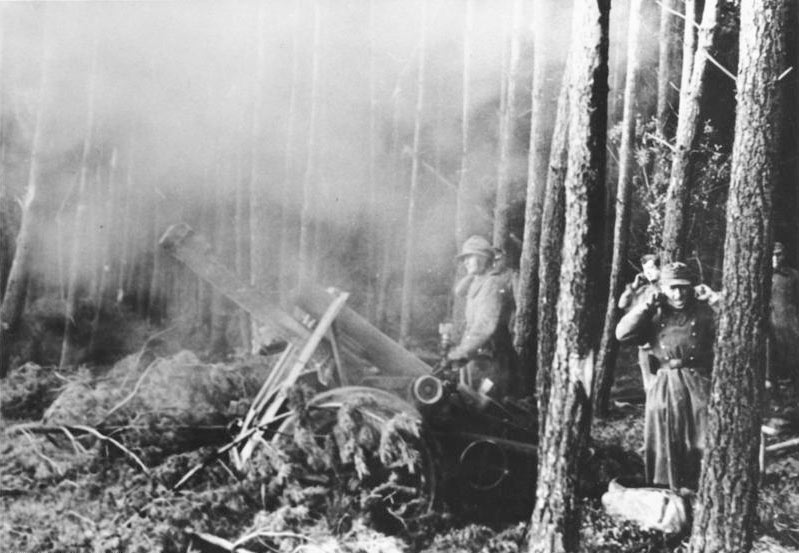 1950:  Wilhelm von Ameln becomes owner of Haus Wackerberg for the next decades. He takes over the house and property from Schleiden Municipal Administration at a friendly price of DM 10,000, repayable in annual installments of DM 1,000 without interest.
Von Ameln had lived in a hunting lodge on Lake Urftsee since 1937, where he had been breeding small animals. Later he had been expelled from the village Wollseifen when, after the end of the Second World War, the village was evacuated by British forces to set up the military training ground Vogelsang on the surrounding area.
He makes a living by keeping goats and chickens and a "goat station" to cover the goats in the vicinity of Kall. He is considered to be a eccentric to his contemporaries and receives the "Bitzenkönig" (= goat king). At his own expense, he has the house connected to the electricity and telephone network.

Von Ameln mentions "farmer" as his profession and appears at "peace congresses" in various Eastern Bloc countries. In 1953, after a stay in Prague, he was even a guest of the People's Republic of China. He speaks on Czech and East German radio and organizes numerous trips of delegations to the former Soviet zone.
In the "Aachener Nachrichten", a regional newspaper, he is represented almost weekly with letters to the editor in which he polemicizes against imperialism and capitalism. In order to give his policy greater weight, he ran for the Bundestag in 1953 in the "Bund der Deutschen" and for the state parliament in North Rhine-Westphalia in 1954, but without winning a mandate.
Ameln is more successful in his long-standing campaign for compensation for the eviction of the Wollseifen residents after the Second World War. The clashes last for many years, during which he rages powerfully in meetings against the local authorities on the one hand, and against the use of the military training area Vogelsang by the English (until 1950) and Belgians forces on the other. He regularly receives applause telegrams from his friends from the workers' and farmers' state for this mission. Processions of petition, the permanent protest rallies and the initiative of the Landtag ultimately lead to compensation for the displaced persons. 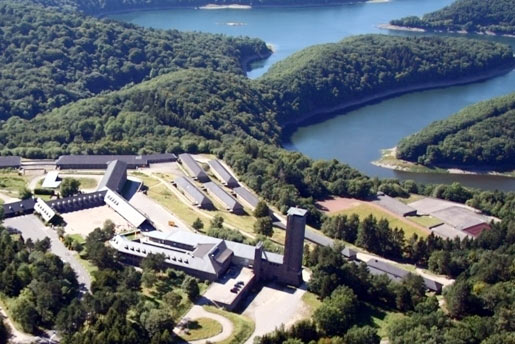 2005: For Wilhelm von Ameln, a great personal triumph would have been the abandonment of the military training area Vogelsang and its subsequent transformation into the first National Park for North Rhine-Westphalia in 2005/2006. By then, he's been dead for a quarter of a century. In the early 1980s, his heirs moved into a new development area in Kall and divided the Wackerberg house into several holiday apartments before they finally sold the property.
In 1985/86 the house is completely renovated and in the following years it receives its own water supply (deep well) and disposal (unventilated clarification pond). During the hurricane "Wiebke", which crosses Western and Central Europe at a speed of over 200 km/h during the night of March 1st, 1990, the house itself remains undamaged, while large areas of woodland on Wackerberg fold over and make virtually all roads impassable for the next few days. 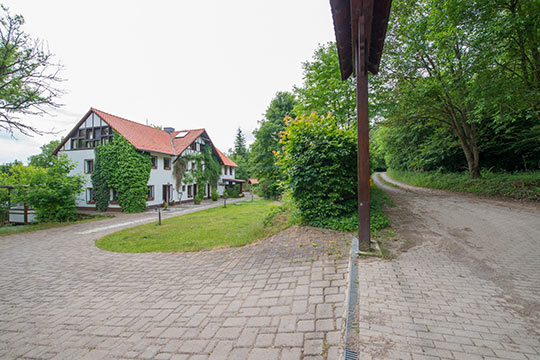